Home CLASSROOM IDEAS Math and Art: Which Side Are Your Students On?

It is well known that most students favour either math or arts, and it is rare to have a student that is equally good at both math and art. It’s debatable why this is. Some suggest this is an innate disposition, others claim that it is mostly environmental and that our teachers and exposure to different ideas early on in our lives can predict our disposition. This is a question with many intricacies, that involves both biology and psychology – and that continues in many ways, to puzzle even the most brilliant minds of our times.

Biological evidence for differences between students

Our math and art ‘minds’ are surprisingly well segregated in our brain. Our brain can largely be separated into 2 superstructures. Our ‘reptilian brains’ – comprised of our medulla and cerebellum – responsible for subconscious mechanisms that keep us alive and for movement; and our cerebrum or higher brain which is responsible for higher level thoughts – logic, creativity, emotion, etc.

Environmental influences on a student’s brain

The brain is well known to be very ‘plastic’. This means that it can change – new connections can be formed between neurons. Even the memories we make are either efficiencies in our neural firing (short term memories) or new neural synapses (long term memories).

Our brains are moulded by our habits, our learning, and our perceptions. These all essentially change our behaviour and the subjects we pursue. By practising, we inevitably get better and develop certain aspects of our minds.

Environment as pertains to students’ attraction to math

Some studies suggest that encouragement from teachers for instance, can do wonders for students’ ability. If early on, when children are most influenced, they are told that ‘it’s okay, not everyone can do difficult math,” then they are more likely to believe this. They are more likely to subconsciously stereotype themselves, and it can become difficult to overcome this perceived barrier later on in life. This can be exacerbated if they are already falling behind their peers, potentially leading to frustration and repulsion.

This perception of mathematics is strongly linked with a child’s early exposure to numbers. It’s important to make math enjoyable. Educators need to make the reward high and the stress low for students when learning math for the first time. A great way to do this is to introduce mathematics in the form of games.

Environment as pertains to students’ attraction to art

Art also typically has stereotypes in school. Culturally, art is perceived differently, often negatively. This is only encouraged by the perceived job market and expected salaries. Student’s are often coerced into more mathematical fields because they are perceived to be more useful.

In arts circles there is also a type of elitism that brews from a perception that arts ability comes from innate talent – either you ‘have it or you don’t.’ Creativity may be to some extent innate, however creativity is not the only thing associated with performance in the arts – in fact some humanities subjects go out of their way to offer more analytical and technical approaches to writing.

A study in the journal of Cognition suggests that performance in a creative writing task can be influenced by a person’s mindset and perceived ability. Students were randomly separated into 2 groups. Each group would need to imagine they were a particular type of person – the first group a rigid librarian and the second a poet. The ‘poet’ students were found to perform significantly better on the task than the ‘rigid librarian’ students.

Marking criteria and how this effects the decisions students make

It’s no secret that there are many flaws in how subjects are scored. It seems there is no perfect way to score a student’s ability, however there are stark differences between subjects. These differences can attract or repel different students and thus can put them on a path of no return.

Math oriented subjects have limited ways of earning marks. This can alienate students that think differently, however for some this is their biggest attraction to math. In math there is only 1 correct answer, it is black and white. As you start moving towards science then finally to the arts you begin to multiply the potential answers eventually to infinity.

In many arts subjects for example, there is no correct at all. And in fact, it is not necessarily an answer that assessors are looking for but a response – from which the complexity of your thoughts can be assessed. This allows more freedom in responses, but it also allows for more liberty in marking. An assessor, based on a myriad of personal preferences and tastes, can often arbitrarily allocate marks without anchor. This makes it difficult, if at all possible, to scrutinise the allocation of marks.

Students’ predisposition to math and art are determined by many factors. Biological factors such as genetics can affect IQ and EQ. This can be attributed to slight differences in the development of the cerebral hemispheres. Environmental factors can also play a huge role in shaping students’ preferences. This includes but is not limited to: stereotypes, teacher support and marking criteria preferences. Environmental factors ultimately come down to one thing: practice – as practice shapes the development of the brain. 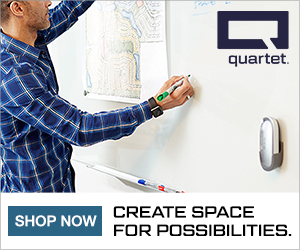 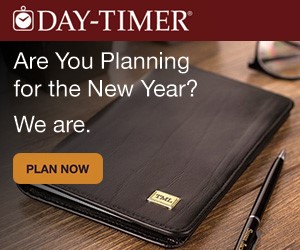 Math and Art: Which Side Are Your Students On?

10 Easy Peasy Reading Activities for ‘The Hate U Give’