There I sat, impressed by the piece: rhetorical devices well-used, research well-conducted, argument well-constructed. She had clearly done great work, and yet I was dumbfounded by the glaring irony of Annika’s writing-for-school approach and the blatant (and probably forced by “school”) way it left this piece with a startling hole: her story.

You see, Annika, within the same week, both took the SAT and completed this argument piece about the utter stupidity of the test itself, but she was unable to see the need to connect these two realities in her writing.

Clearly, something within my instruction and assignments needed to change.

It is essential for me to start here, though: as I get into discussing the need for a more robust and varied use of storytelling in our students’ writing, I am not advocating that we eliminate the personal narrative; in fact, I am arguing that we embrace the concept of personal narrative in more and different ways, pushing past its use only in standalone “narrative units” and pushing students to naturally infuse their (and others’) stories in all modes of writing.

The use of personal narratives, and narrative as a whole, as a means of self-discovery, as a pathway to develop control over language, and as a vehicle for personal growth are all great for students. However, I would argue that if our students only experience with the power of storytelling is in isolated narrative units, we are greatly missing out on opportunities for our students to more robustly develop their ability to use story as a tool for persuasion and as a means to develop and use empathy to connect with others.

Speaking of my own classroom, though I have a feeling that other teachers can relate to this, students struggle with quality storytelling techniques. From “finding the story to tell” to actually telling a story (as opposed to just a list of events), high-quality and meaningful storytelling is an art. And the more we can push students to see the need for and uses of storytelling across modes of writing, the more practice they get with and better their skills of telling stories become.

Annika’s story from the opening of this piece is a great example of a teacher, me, not empowering a student and of a student not knowing just how powerful her story could be to help support and enhance her argumentative piece. It helped me see that I was too dependent on teaching storytelling as its own entity as opposed to a layer of almost all great writing.

With that being said, below I share with you three ways you can help your students to infuse storytelling into their more “traditional” pieces of writing to create more empathic, robust, authentic, and meaningful student-writing experiences.

Storytelling as Introductions and Conclusions

If your experience as a writing instructor is anything close to mine, you have banged your head against the wall more times than you would like to admit, reading horrific introductions consisting of bad quotes or context-less statistics (or even a lame definition), and you have also found yourself perplexed and annoyed by simplistic conclusions that simply restate the claim (sometimes word-for-word) from the intro.

This is where storytelling can be a huge help. With Annika’s piece on the SAT, we worked to draft an opening of her sharing her story of sitting in the middle of a socially distanced classroom with a mask on taking her “college entrance” test. That is a hell of a lot more powerful than some statistic about how many students take the SAT every year.

Another recent student example was from Charlie who wrote a great piece about the power of and need for curse words as a means to fully and robustly capture human emotion in words. When I finished reading the piece, I realized that, much like Annika, he missed the biggest opportunity as a writer: to actually curse in the piece. So, we worked together to craft a conclusion in which he swore, purposefully, about the need for cursing even in writing formal pieces for school.

Simply put, empowering students to use their story (or other’s story – which I will discuss later) as a way into an argumentative or evaluative piece of writing, can open up doors to having students actually seeing themselves as writers, to seeing that their stories matter, and to crafting pieces of writing with more depth and allure than ever before.

Greg recently wrote a version of a traditional argumentative piece as a public service announcement about the need for and importance of tipping when eating out and/or getting takeout. It was well-researched, including all sorts of data about the industry and how they get paid less per hour specifically because of tipping. He included quotes from industry experts as well as servers currently working in the field. However, he overlooked a massive opportunity – to use HIS story as evidence.

The entire reason why he chose this topic was, in fact, because he was currently working in the industry as a server himself. So, as we worked on developing the piece, we found ways for him to weave in his own experiences getting or not getting tips and how that impacted what he did or didn’t end up making. You see, Greg was a student who had to work to help support his family, so his story was real and needed, and once added, greatly helped the piece as a whole.

Another recent student, Emily, chose to write about current US immigration laws/policy as an editorial style piece. Much like Annika and Greg, her first draft was well-researched and nicely developed. However, it lacked the sort of pathos that could have really put it over the top – that emotional appeal through, what else, storytelling!

So, when I asked her why she chose this specific topic, she told me that it was because her current neighbors were recent immigrants and dealing with the stress and rhetoric that the political landscape was placing on them. In working with her during a writing conference, I pushed deeper to see just how much she had spoken with them about this, and it turned out that she knew their story well.

And so, as we worked on revising the piece, we found places for Emily to add the story of others into her “traditional argument” paper. The end result was was a passionate tug of the heart strings that was also backed by “traditional” research.

So, as you work with your students, consider the ways in which they can use storytelling (be it theirs or others) as evidence in their more traditional pieces of writing.

Storytelling as a Vehicle for Meaningful Research

Kristen was a recent student who was going to do her traditional argumentative piece as a TED Talk on the topic of happiness. A research passion of my own, I loved the idea and encouraged her to go for it, and she did. As I conferred with her, looking over her notes and research, I saw she had a great start, but she was also missing the chance to make this concept human – to use storytelling examples to take the science and make it real.

When I asked her if she knew people who were super happy or super unhappy, she was sort of confused by the question and not really sure how to contextualize it given how personal of a question that is. So, I encouraged her to go to research for the sake of empathy-building, to go find three stories (because of course, all great TED Talks/speeches function within the rule of three) about people’s happiness, and pair each story with the actual science she had researched and prepared.

This wasn’t the “traditional” sort of research in which students often engage; instead, she was researching to develop an understanding of and an empathy for others and their stories. The end result was a TED Talk in which all of the science was beautifully paired with other’s stories that developed a sense of humanity and compassion from start to finish. 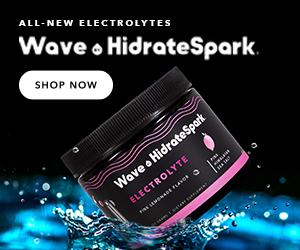 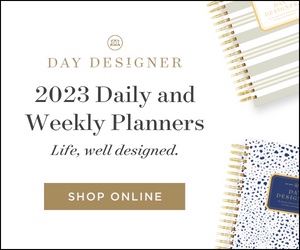 From Teacher to Therapist